Skip to content
You are here
Home > Entertainment > ‘Hotel Mumbai’ Review: A relevant film that fails to leave an impact 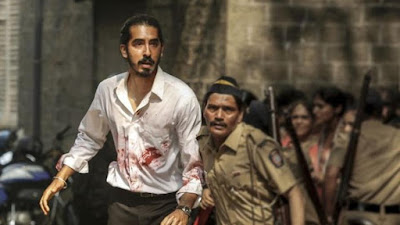 The 2008 Mumbai attacks didn’t just shake the city of Mumbai but they actually sent shockwaves all across the world. Also referred to as 26/11, the 2008 Mumbai attacks were a series of terrorist attacks that took place in November 2008, after Lashkar-e-Taiba, a Pakistan-based terrorist organization, carried out a sequence of coordinated shooting and bombing attacks across Mumbai that lasted for four days. Out of the 10 attackers, 9 were killed; the sole survivor, Ajmal Kasab, was taken into custody. His conviction was based on CCTV footage that showed him striding across the Chhatrapati Shivaji Terminus with an AK-47 and a backpack in his possession. He was finally executed on November 21, 2012 after his clemency plea was rejected by the then president, Pranab Mukherjee.
Anthony Maras’ Hotel Mumbai presents a dramatic account of the 2008 Mumbai attacks. It is inspired by the 2009 documentary titled Surviving Mumbai. The film stars Dev Patel, Anupam Kher, Armie Hammer, Nazanin Boniadi, Tilda Cobham-Hervey, and Jason Isaacs in pivotal roles. The story begins on 26 November 2008 when a young Sikh waiter Arjun (essayed by Dev Patel) reports for work at the famous Taj Mahal Palace Hotel in Mumbai under the head chef Hemant Oberoi (played by Anupam Kher). The mantra that governs the dedicated hotel staff is simple. For them, the guest is god. Now, the day’s guests include the British-Muslim heiress Zahra and her American husband David with their infant son Cameron and his nanny Sally. Also, ex-Spetznaz operative Vasili is a VIP guest at the hotel.
On the night of November 16, the ten Lashkar terrorists launch a coordinated assault at 12 locations across Mumbai, including the hotel. Owing to the incapability of the local police in dealing with such a belligerent attack, the only option left for them is to wait for the arrival of the Special Forces from New Delhi. Amidst chaos, Arjun, David, Zahra and Vasili get trapped in the hotel restaurant with several other guests while Sally, unaware of the ground reality, remains with Cameron in their hotel room. What ensues is a sanguinary bloodbath as the terrorists go on a killing spree, eliminating anyone and everyone who comes in their way.
Despite a potent subject matter at hand, Hotel Mumbai fails to capitalise on the opportunity. It proves to be a half-baked, half-hearted film that lacks clarity of thought as well as the cinematic resolve needed to execute a film of this kind. The acting is average at best with the exception of Anupam Kher who stands tall in the role of the head chef. Also, the weak background score fails to add to the tension of the plot. At the beginning of Hotel Mumbai, a disclaimer reminds us that the film is not intended to be a documentary. Certainly, it isn’t a documentary but sadly it also fails to be a worthy work of fiction.
Rating: 4/10
A version of this review was first published in The Sunday Guardian.
Readers, please feel free to share your opinion by leaving your comments. As always your valuable thoughts are highly appreciated!
Previous Post: ‘Frozen 2’ Review: Despite the weaknesses, it captures imagination
Complete List of Reviews
http://feeds.feedburner.com/APotpourriOfVestiges

Related:  'A Star is Born' Review: A tragically beautiful and exhilarating remake of the classic musical